Teen Vogue – It might seem as though Kendall Jenner has done it all when it comes to modeling, but she just managed to add another first to her list with her latest Vogue spread. Sure, she has stood alongside besties Gigi, Bella, and Hailey in high fashion editorials and walked with them on some of the most coveted runways in the world. But it wasn’t until now that she was able to share a magazine’s pages with real-life, non-model, male BFF Tyler, the Creator.

With Tyler and his skateboarding crew, Kendall wears bright new designer finds for the season, making us yearn for sunnier skies as she looks as though she’s having the time of her life in warm LA. The editorial is aptly named “Rise & Shine”. In feathers, sequins, and lace, Kenny pulls out all the stops when it comes to what the publication refers to as “optimistic fashion.”

In a video released by the brand, Kendall gushes, “We are shooting Vogue. And it’s really exciting because I get to shoot with my friends sometimes, but to be able to shoot with all you guys is the coolest thing ever!” Recently, Tyler and Kendall made headlines for shooting down dating rumors in the most hilarious way possible.

The duo addressed the speculation by making light of it with a few satirical tweets. Kendall tweeted Tyler, saying: “apparently we’re dating” and he replied by alluding to a different rumor. “Not possible. We’re both gay,” he wrote. We’re not sure if this Vogue shoot will fuel romantic rumors or shut them down, but there’s one thing we can all agree on: Tyler and Kendall have lots of fun together.

Behind the Scenes: Balmain x H&M 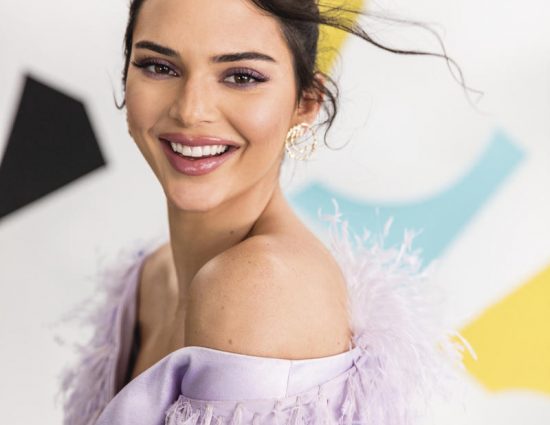