Kendall Jenner is cover girl of Vogue India! We are glad to finally show you a new photoshoot, scans and a short article from the new may issue of this magazine. Enjoy!

Vogue India: NY-Jaipur-Shanghai… Just 72 hours in the life of supermodel and Insta-star Kendall Jenner. If those frequent-flier miles don’t make you dizzy, stomach this: over 75 million Instagram followers, 14 Vogue covers, around 85 runway shows [at the time of the interview], contracts with Victoria’s Secret, Estée Lauder and Calvin Klein, a fashion line with her sister and a burgeoning photography career. Did I mention she’s only 21?
Hers is, clearly, the face the fashion industry is betting on. Jenner’s meteoric rise (in an early season of Keeping Up With The Kardashians, the shy teenager showed her mother a flipbook of pictures she shot of herself, and declared to their nearly 5 million viewers, “I want to model”) is, of course, a result of talent, hard work and dedication on the young beauty’s part, but it’s also a reflection of the social culture in which we are currently living.

For those who’ve been living under a rock, Jenner is part of the Kardashian-Jenner mega empire presided over by matriarch and momager Kris and includes children from her first marriage to Robert Kardashian (OJ Simpson’s close friend and lawyer, famously immortalised in the recent Netflix show)—Kourtney, Kim, Khloé and Robert—and daughters from her second marriage to Olympian Bruce Jenner (now known as Caitlyn), Kendall and Kylie. Keeping up? With numerous fashion and beauty brands, video games, makeover shows, books and more endorsements than you can imagine under their belt, they’ve made a business of living their lives. And those lives—messy, chaotic and in all their glory—are showcased on prime time, in Snapchat filters and updated constantly through their very popular apps.

Confession: In case you hadn’t guessed already, I know my Kardashian (in fact, in the office I am called Parkashian—it even says so on my coffee cup). So when I heard that Jenner was going to be in India to shoot our May cover with Mario Testino, I flew to Jaipur to get an insight into a person I felt I already knew.
“HI, I’M KENDALL”
It’s 7.30am at the Samode Palace and it’s hard not to notice the 5ft10in beauty sitting in the breakfast room. Not that Jenner is doing anything to attract attention to herself (she is rather subdued in a grey tee and a fringed leather jacket, her hair pulled back into her famous top knot) but because, even at this unearthly hour, and despite the few hours of sleep she got last night, she looks every bit the glamazon I stalk on Instagram.
The next time I see Jenner is over another meal—lunch. She’s spent the morning shooting with Testino (“He has such a young personality and I love working with him. This will probably be my most memorable shoot with him, because I flew all the way down to India for it,” she says sweetly) and is ready to tuck into her plate of pasta, white rice and potato wedges. A supermodel who eats carbs—I mean, that’s just the holy grail.
“I get asked that all the time!” she drawls, when I comment on her plate and ask her how she maintains that incredible body. “I don’t know… My father’s genes, I guess. I also can’t tolerate any amount of spice, and I know you love it here,” she says by way of explanation. We’re sitting out on the verandah in the afternoon sun and Jenner is casual and relaxed in her white bathrobe, distracted by a stray cat swirling around her bare feet. Later that afternoon, I catch her clicking pictures of said feline. 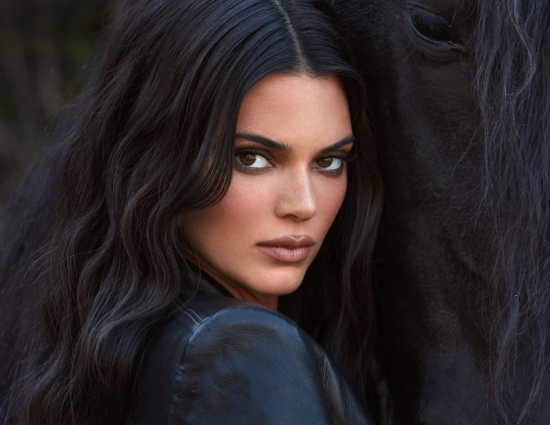