Kendall Jenner on cover of ‘The Sunday Times Style’! We are glad to finally show you a new photoshoot and article from the new may issue of this magazine. Enjoy!

The Times: At 9.55am Los Angeles time, Cole Sprouse calls, five minutes before we are due to talk, not bothering to block his caller ID, and then, between mouthfuls of breakfast, begins telling me what it was like to photograph the most followed supermodel on the planet.

Depending on your age, Sprouse may be familiar as: a) Ross Geller’s son in Friends; b) Zack and/or Cody from the Disney Channel’s wildly successful Suite Life franchise; or c) Jughead Jones, the brooding antihero of the current Netflix hit show Riverdale. The latter has propelled him to cult status and 5.2m fans, which is why I am surprised by the lack of a private number.

But, hey, this is how young Hollywood works now. There was a time when shoots involved months of preparation, mood-boarding and negotiations with agents, right down to the gluten content of the catering. Cole, 24, and Kendall Jenner, 21, represent a celebrity generation finding a new way. They flit between job titles, they tweet rather than having publicists release statements, and they direct-message people on Instagram when they want to collaborate. Infuriating, probably, for the managers who look after them, but exciting for the rest of us. For this particular project with Style, Sprouse’s first photoshoot for a British publication, he explains how he secured Jenner, as if it were the most obvious thing in the world: “She knew my work, and we had met at a couple of parties. I just thought, let’s aim for the top.”

A few emails later, for her first job since the Pepsi advert debacle, Jenner drove herself, with just one bodyguard and an agent trailing behind her. “Seeing her work, it’s no wonder she’s become such a huge figure within the fashion industry,” Sprouse says. “Without the right model, these photos don’t live. Kendall isn’t afraid to look awkward in a way that’s vulnerable and inherently interesting.”

As for Sprouse himself, he’s all about being out in the real wild rather than mimicking the “ridiculous, fake, deep Instagram love of Runyon Canyon”, as he likes to call it. The eight-hour shoot saw the pair clamber through brambles and up the Malibu hillsides as Jenner’s bodyguard looked on. “I’m not interested in shooting something that feels too put on or too urban,” Sprouse says. “That comes from me and my youth and that superficiality of being seen.”

For the past eight years, Sprouse has carried a camera with him as a kind of defence against fame. “I grew up in the industry and was getting recognised a lot, so for me photography really was escapism,” he says. “I find great serenity in running off to rural landscapes.” Along with his identical twin brother, Dylan, he was first put in front of the camera at eight months old, at the suggestion of their grandmother, a drama teacher and actress. They were just 12 when they landed the big Disney ticket as Zack and Cody, in The Suite Life, a TV series about a pair of twins living in a hotel. It was nominated for an Emmy three times and made them the highest paid of Disney’s teen actors in 2010. The following year, the brothers retreated from the public eye to attend New York University (student-run Facebook groups devoted to campus selfies with the twins soon popped up).

While his brother remains out of the limelight, this year Cole returned to acting, “like an ex-lover”, with Riverdale, a brilliantly camp high-school murder mystery that is part Twin Peaks, part Gossip Girl. “I’m much more comfortable behind the camera,” he says emphatically. “I don’t find the passion in acting that I find in photography, and, truthfully, I’ve been dabbling with the notion that if and when photography takes a more prevalent role in my life, I will likely never return to acting.” Potentially bad news for anyone who has fallen for him as Jughead. Riverdale has just been greenlit for a second season, though Sprouse doesn’t have any film or TV plans lined up after it wraps.

Life off camera might get him stopped less in the street, but working behind the lens means negotiating the commercial world of fashion photography, managing budgets, sticking to a brief … How does that sit with his “authentic” shtick? He laughs. “I am just as willing to try and find a way to sell men’s perfume as I am to take pictures in the desert.” 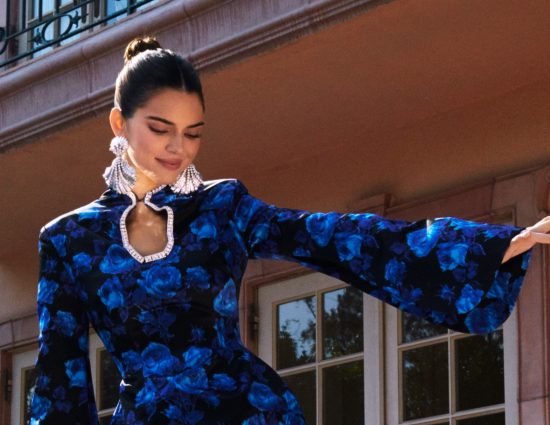