Vogue Magazine: Kendall Jenner’s résumé is already varied: She’s a supermodel, reality TV star, and owner of tequila brand 818. And now she can add creative director of FWRD to the list. “[This position] means an additional step in my journey with fashion, where I can work with the brands and creative teams I have admired in fresh, new ways,” says Jenner. “I see this as a great opportunity to put what I’ve learned into practice, and most likely learn even more.”

As creative director, Jenner will be in charge of “the look and feel of the site,” according to a release, and will curate her own edit of designers and trends for customers to shop. It’s a prerequisite for a position like this to have a strong sense of what’s coming up next in fashion. FWRD, as its name suggests, particularly prides itself on this ahead-of-the-curve mindset. Luckily Jenner has a leg up in that department. A street style staple—and one of the most famous women in the world—Jenner has legions of fans who look to her for fresh inspiration, whether she’s dabbling in ascetic minimalism, championing the barely there cardigan trend, or supporting an independent designer’s hand-painted trousers. As Raissa Gerona, chief brand officer of FWRD’s parent company, Revolve Group, put it in a release, “Kendall is the epitome of luxury fashion, and there isn’t a better fit for this position.” Michael Mente, cofounder and co-CEO of Revolve Group, echoed Gerona’s sentiment, saying, “[Jenner’s] multifaceted experience in the fashion industry and the vision she has outlined for the FWRD business has the potential to transform our business and the luxury business as a whole.”

No stranger to eclecticism, Jenner also has a distinctly SoCal aesthetic, which is fitting, considering FWRD is a California company. “I think right now, what’s exciting is that people are taking command of their own style and aesthetic, mixing fashion however they choose,” says Kendall. “I’m all about combining your favorite designers with a pair of sneakers. I am also excited to see all of the new collections coming out for more inspiration.”

Kendall will start her new job, which will also involve brand activations and marketing, during New York Fashion Week, which begins September 8. A particular focus will be championing emerging and independent designers, hoping to give them a boost while also keeping FWRD at the forefront of global trends. “I hope, in some small way, this is a chance to give more emerging creatives this kind of platform,” says Jenner. “I work with a tremendous amount of people who not only inspire my high fashion but also my day-to-day choices. The digital space is such an important tool for many of today’s creatives, and it’s definitely a window into the next generation of talent.”

With that in mind, Kendall Jenner curated a list of her favorite pieces already available on FWRD just for Vogue. Shop her edit, below. 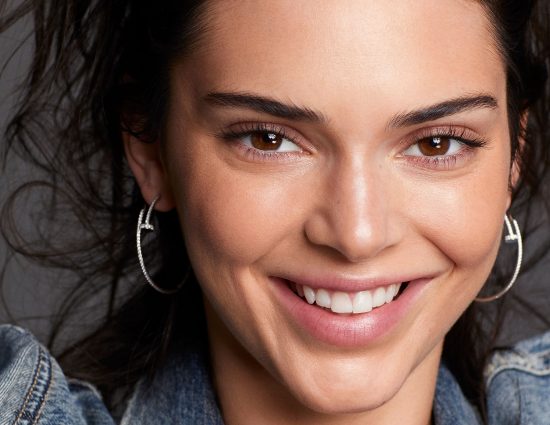